Before & After: Window Treatments That Camouflage

I know this will come as a complete shock to you, but not every home was well-designed.  You don’t say, right?  Thankfully, there are ways to hide those features that are less-than-desirable, while adding function and beauty to a space.  Check out how we dealt with a window that was oddly short in a room with high ceilings.

This master bedroom gets plenty of light, and the window is actually quite large.  However, it looks somewhat out of proportion with the wall space, since the ceilings are so high.  We are left with an odd – and really big – space between the top window trim and the ceiling line.  Since the homeowner’s shade had broken, now was the perfect time to address not only the decorative aspect of her space, but also the function of the treatment on the window. 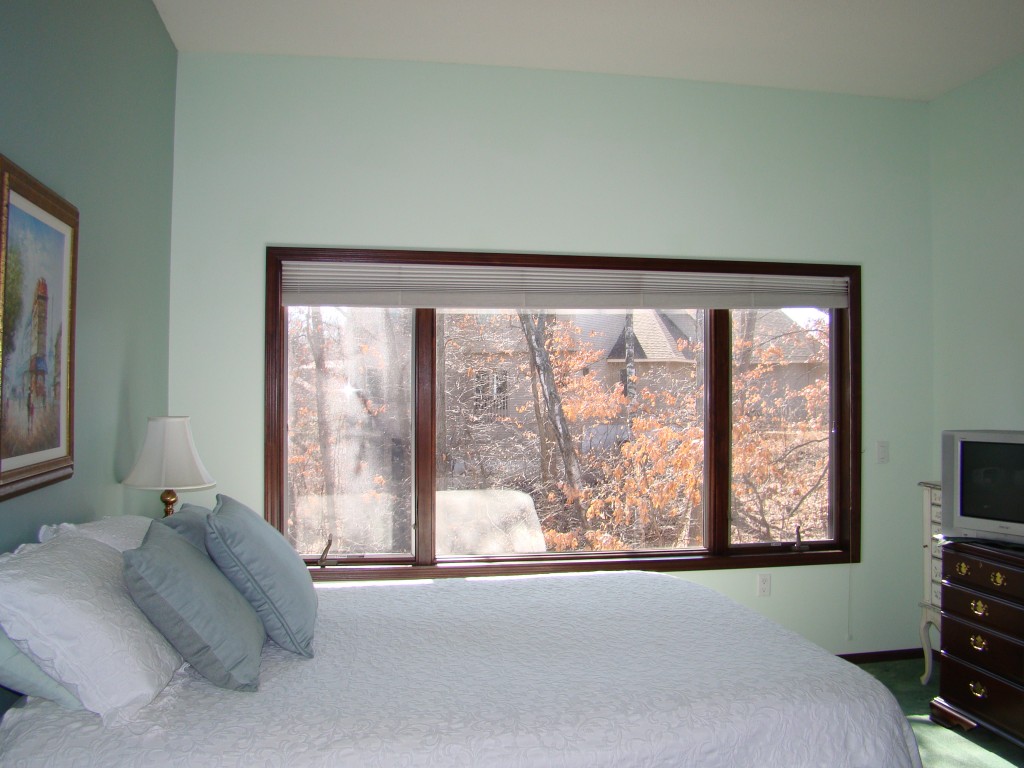 To address the light control needs in the room, we decided to create a wall-to-wall, full length, traversing drapery.  This allows the homeowner to close the drapery when the sun is intense, and at night, while moving it off to either side of the window when it isn’t needed.  The drapery also adds softness and subtle pattern and color to the room. 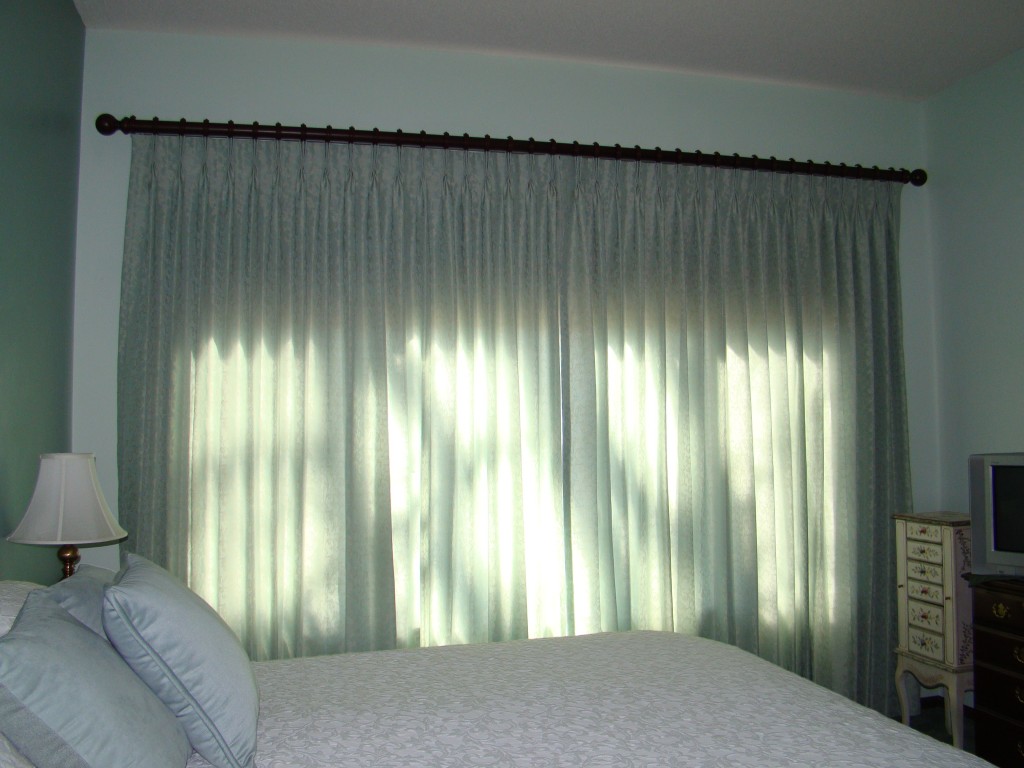 We created the drapery panels much taller than we would normally have done, in an effort to hide some of that awkward space above the window.  We didn’t want to bring the drapery all the way to the ceiling line, as I have done in many rooms in the past, because it would have been TOO high and would have created a cavernous feel to the room.  We settled somewhere in the middle, which hides some of the space above the window when the drapery is closed, while maintaining the correct proportions in the room. 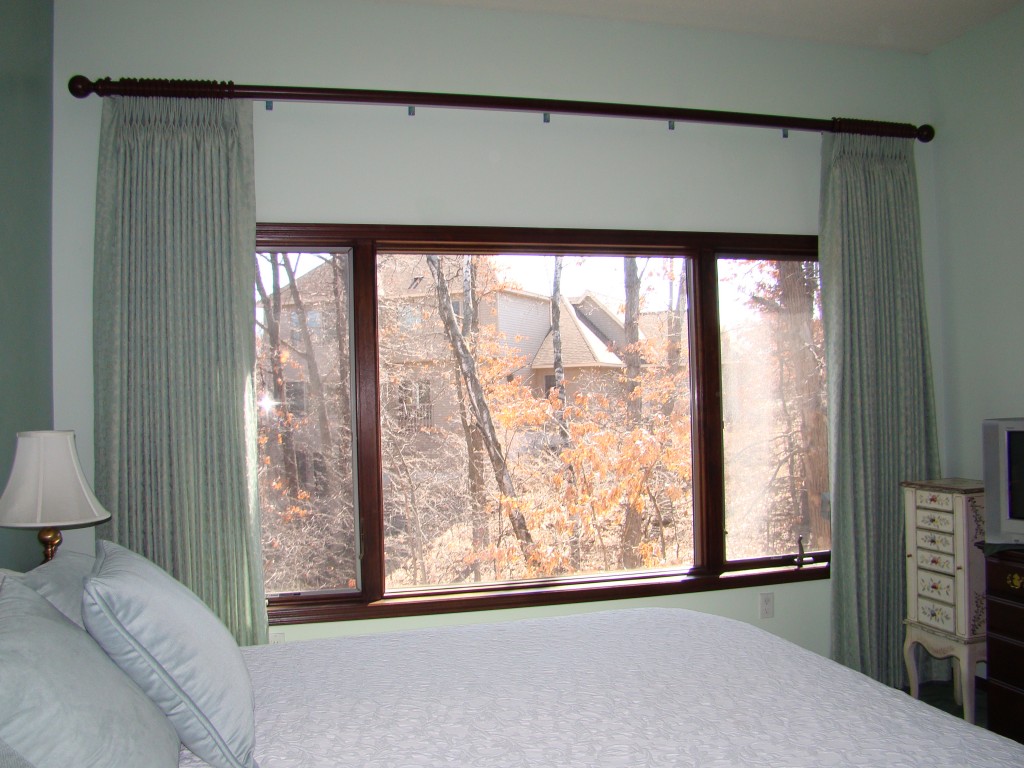 The drapery is a traditional pinch-pleat style on a decorative traverse rod.  The look will never go out of style.

Sometimes, window treatments are not only about adding color, pattern and sun control to a room.  Sometimes, it’s all about camouflage.

Filed Under: Before & After, Design Inspiration, Windows
← Design Trend: Multi-Generational Living
What Is Universal Design? →